skip to main | skip to sidebar

Kendall is learning greater than < and less than > in math.  While doing his homework/review he told me he didn't really understand so I drew teeth on the symbol and added an aligator body.

He laughed and proceeded to the next problem.

I glanced over and saw him drawing teeth and a body on the symbol for the next problem. 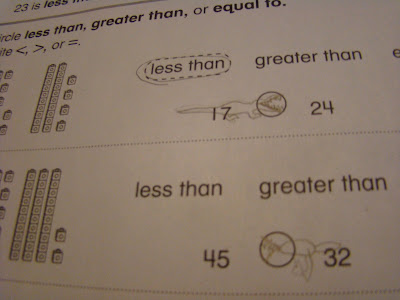 I told him not to waste his time at school drawing the teeth and aligators/dinosaurs/sharks. 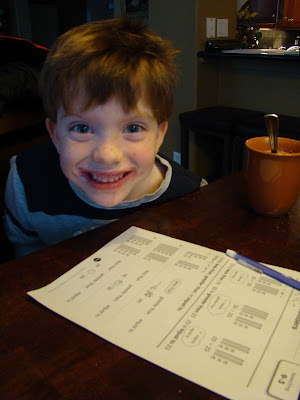 This morning during his shower Kendall informed me that the new soap smelled wonderful.

The young men at our church are asked to shovel on Sundays. Kerst is now old enough to be a part of that group. John took Kerst and Kendall (our 6 year old - he really is a huge help) to shovel early this morning. John just called to tell me that church has been cancelled due to the snowy conditions that do not appear to be letting up. He also told me that he will not tell the boys until they are done shoveling.
I think we've got this parenting thing down (for today).
Posted by ckm at 10:16 AM 1 comment:

To put my mind at ease, my sweet hubby attended with him.

It was in the single digits at night (below zero with the wind factor).

John helped Kerst dig his snow cave.  It was an all day affair.  Digging and digging and more digging.  The boys in the troop played in the snow afterwards.  John said Kerst and his friend, Ian, were about ready to fall asleep by the camp fire at 7:00 that night.

Kerst came back all smiles and very rosy cheeks.  I thought at first he was sick.  Then I thought he was still cold.  Nope.  Sunburn!  He didn't find the sun lotion I put in his 10 essentials bag.

Kerst's snow cave.  His patrol caves were the only ones that didn't cave in.  The other patrol had to sleep under a tarp. 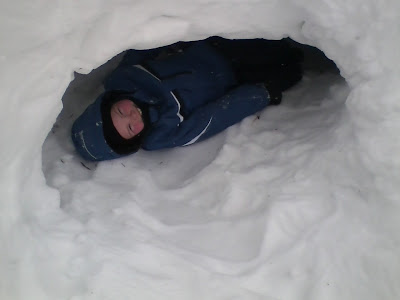 John and his snow cave 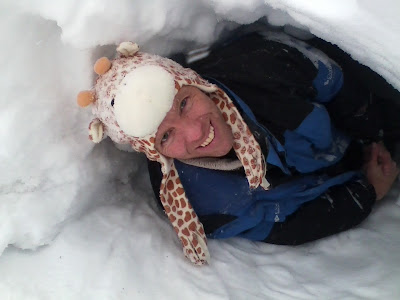 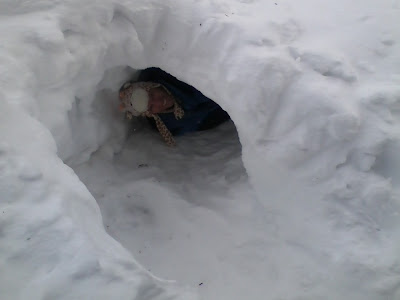 Jaley helped .... she has beautiful handwriting.

They went to Logan's school - they go to different schools - and found his car.

Somewhere along the road of becoming friends, Jenna would text Logan "Woof".  He would reply, "Meow". 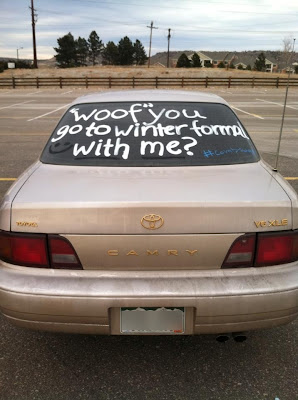 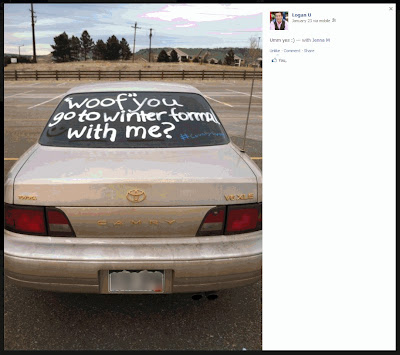 And here she is with a part of the group ... 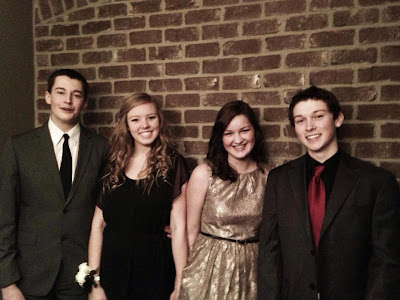 Perfect for Valentines Day
Posted by ckm at 1:01 PM No comments:

Kendall dressed himself on Sunday - all by himself. 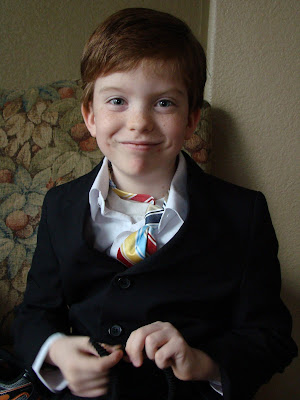 It reminds me of Kerst back in June 2006 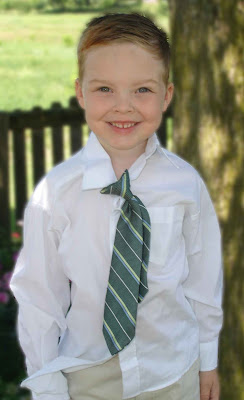 Today was a special day for Kerst.  He turned 12 and was ordained a Deacon by his Dad.

The day started out with his birthday breakfast request:  Belgium Waffles.  Not the American version.  The REAL Belgium Waffles.  John ALWAYS talked of how amazing these waffles were.  I didn't understand or believe him until we took a trip as a family to Germany and then headed to Holland and Belgium to tour his old mission romping grounds back in 2004.  American Belgium Waffles are OK.  The REAL ones are AMAZING.

John and Kerst have been researching Belgium Waffles and came across a recipe they wanted to try.  John ordered the pearl sugar.  We received it in the mail a week ago.  John started the waffle dough (yes, dough, not batter) yesterday.  It was a 16 hour process, but well worth it! 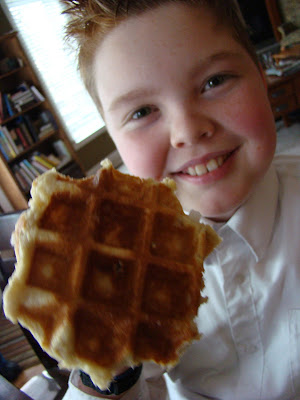 We then headed to church (Stake Conference).  Afterwards, Kerst was ordained a Deacon.  His Uncle Aaron W and Uncle Rod V were able to attend as well as our home teacher, Russell S.  The Bishop, Young Men's President, Ray O., Jenna's swim coach and Julia's new father-in-law and our dear friend, Jerry B., Kerst's 11 year old scout leader, Ken B. and new scout leader, Javin H. were all able to stand in the circle.

It was a special day.


He received camping equipment for his birthday - he is camping in the snow on Friday!  Perfect timing!

He also received his annual birthday song phone call from Ticklebug Gma and Gpa P. aka - Buddy Club Grandpa.  When I told him he had a phone call, he knew right away who it was and put the call on speaker so we could enjoy the singing and conversation.

Kendall was in charge of conducting Family Home Evening this past Monday.

When it was time to have someone say the closing prayer, Kendall informed us that whoever was the quietest would say the prayer.

Immediately Jenna, Jaley and Kerst started yelling - John and I joined in.

Kendall changed the plan.  Whoever was the loudest would say the prayer.

Everyone was immediately quiet.

After several quiet seconds you hear "AAAAAAAhhhhhhh - I'll say it!" followed by a ton of giggles.

Thanks Kerst!
Posted by ckm at 8:11 PM No comments:

Kerst was pretty sick Saturday, Sunday and Monday. He did a lot of sleeping.

He must have finally started feeling better because he was dressed and ready to go out to the school bus stop - coat, backpack and all. 11:40 last night.

He was a little confused with the time - he heads to the bus stop when it is dark.

I'm glad he always comes to find me for a hug (and kiss) before heading out. I was able to point him in the right direction and sent him back to bed.

Are you challenging me?

My kids love to quote movies.  In fact, Kendall has just started.

At the dinner table the other night, Jenna burped.  Loud.  (I know, I have to admit all of my girls are pretty good burpers).

Kendall said, "Are you challenging me?   Buuuuurp."

Challenge accepted.  We had a good laugh.

Thankfully they didn't recreate the entire scene from Scooby Doo.

ckm
I am blessed. 5 little miracles. One amazing husband. Many tender mercies have gotten me this far...